hide
Back to About us 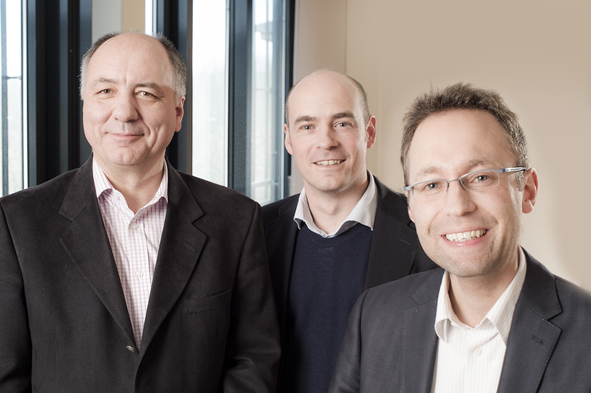 The Institute is cooperatively led by a team of three directors.

Andre Franke studied cell biology and joined the IKMB in 2003 as a PhD student where he became a director in 2012. After becoming an assistant professor at the age of 29 he received several scientific prizes, including the Hensel prize from Kiel University and the Ludwig-Demling Research Prize from the German Crohn’s and Colitis Foundation (DCCV). Andre Franke currently holds the "Peter Hans Hofschneider" endowed professorship from the „Stiftung für Experimentelle Biomedizin“ (Foundation of Experimental Biomedicine). He is a member of the Steering Board of the DFG Cluster of Excellence „Inflammation at Interfaces“ and the spokesperson for the DFG Research Training Group „Genes, Environment and Inflammation“. His main research focus is to identify genetic susceptibility factors for complex inflammatory diseases by means of genetic association studies and large-scale sequencing efforts. He is further engaged in high-throughput biomarker detection and gut microbiome sequencing projects for chronic inflammatory diseases. The establishment and further development of high-throughput technologies, including related bioinformatic and lab automation developments, have always been one of his key interests.

Philip Rosenstiel became director of the IKMB in 2012. He received his medical training in Kiel and Boston. His main scientific interest is the complex interaction between human barrier organs and the environment in health and disease. This includes approaches to understanding the functional effects of genetic risk variants on the molecular level in vitro and in vivo. A focus of the group is the use of ultra-deep sequencing technologies for an understanding of (inflammation-induced) changes in individual epigenomes and transcriptomes. He is a member of the Steering Boards of the Clusters of Excellence "Inflammation at Interfaces" and "Future Ocean" and has received several scientific awards, including a Novartis prize for Therapeutic Research and the Hensel prize from Kiel University.

Stefan Schreiber became founding director of the IKMB in 2005 and since 2009, he also holds the chair in internal medicine. That year, he became Director of the Clinic for Internal Medicine I on the Kiel Campus of the University Hospital Schleswig Holstein. The main focus of his work centeres  around the etiology of chronic inflammatory diseases in the gut and lung. He tries to develop innovative therapies for this group of incurable diseases. He has been the speaker for the National Genome Research Network (NGFN) and driven the German GWAS initiative that led to many seminal papers delineating molecular risk maps for human complex disorders, including Crohn's disease, periodontitis and sarcoidosis. He currently serves as the speaker for the Cluster of Excellence "Inflammation at Interfaces". A special focus of his work is dedicated to molecular mechanisms of clinical therapies, trying to provide a systems medicine signature of therapeutic response. He has received a number of highly recognized awards among them the Frerichs and Gülzow prizes of the German Society of Internal Medicine and Gastroenterology.