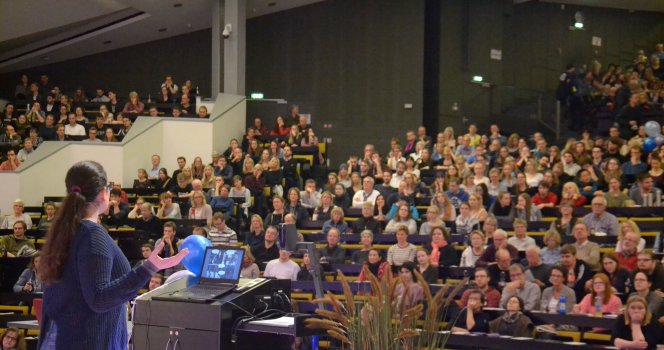 On the 17th November 2017 in the contest of the scientific divulgation event “The Night of the Profs”, organized every year by Kiel university, we, two doctoral researchers of the IKMB, had the possibility to make a presentation for the general public. Our talks were respectively entitled: “Transplants: find the perfect donor match! A matter of outfit!” (Elisa Rosati) and “Chronische Darmentzündung - Ein Justizfehler des Immunsystems?” (Mareike Wendorff). At the night of the profs mainly professors of Kiel university are presenting their work in a simplified version to make it accessible to every person. With the “Science show” program of Kiel university graduate center we presented, together with other PhD students, as a group called “Future Profs at Night”.  The group was, for this year, mainly composed by women scientists from different natural and life sciences fields as biology, oceanography, geography, zoology and microbiology for a total of 13 speakers in eleven talks.

In this occasion, we had the possibility to speak in front of an audience of ~1000 people. It was a very impressive setting and probably we will not have the possibility to repeat this experience very soon. The audience seem to have appreciated our approach of sharing science by presenting our work in a simple and entertaining way.

Two of the doctoral researchers in medicine, Jacob Hamm and Nassim Kakavand, who are just now doing their year of research at the IKMB, belonged to the large team of voluntary helpers from the student bodies of the faculties of Kiel University. Thanks to their support everything was in a smooth flow and people were provided not only with interesting insights into science but also with drinks and a nice atmosphere.

Of course, also one of our professors, Andre Franke, stepped into the lion’s den. He talked about “Wertvolle Bakterien in unserem Darm – Vom Aussterben bedroht.“

Entire programme of the Night of the Profs 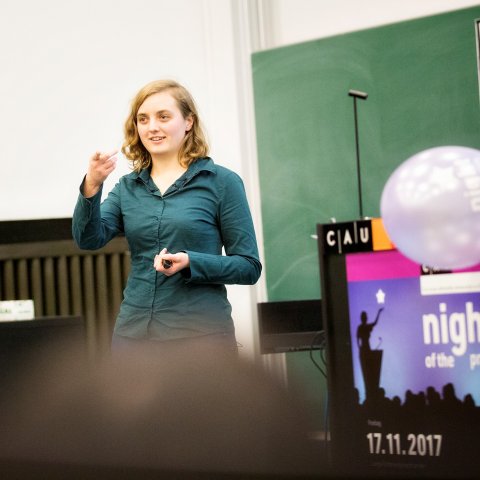 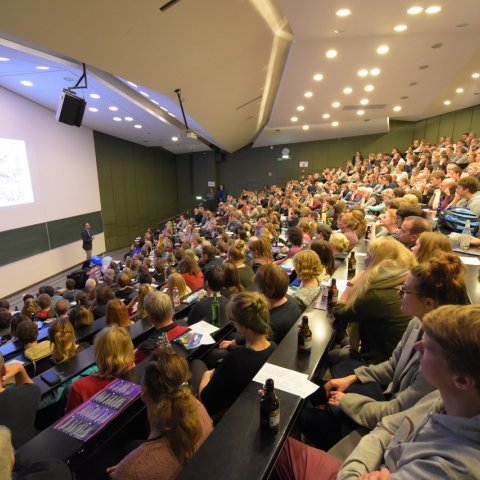